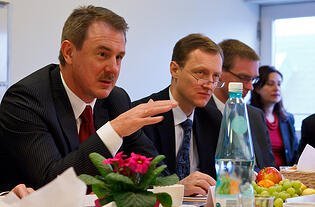 If your business has a presence in Europe, or is considering expanding to Europe, you may have noticed that finding a list of European B2B leads can be difficult. While North American lists are relatively easy to find, European B2B lists are not as common. In this post, we’ll talk a little bit about why this is, and what you can do to get the high-quality European B2B lists you need.

Why European B2B Lists Are Difficult To Find

First of all, European lists are harder to come by simply because the European market is not as large as the US and Canada. The United States has the largest economy in the world. While the European Union does come in second on this list, it’s important to remember that the EU is actually made up of 28 individual countries. When taken together, these countries have a population much larger than that of the United States, meaning that the business market in Europe is not as concentrated.

Reason #1: Europe is a “Smaller” Market

When it comes to the largest companies in the world, the EU also lags behind the United States. Of the companies named on the most recent Fortune Global 500 list, 128 are headquartered in the United States, with an additional 10 located in Canada. While European companies are certainly well represented on the list, they are also very spread out: the European country with the most companies on the list (France) has only 31. In the end, Europe is considered a smaller market and as a result fewer list vendors provide B2B lists for this market.

In addition to being a smaller market, strict data privacy laws enacted by the EU may make it difficult for vendors to find the contact information they need to compile accurate B2B lists. This point became an even bigger concern for North American companies in 2014, when EU officials ruled that the new General Data Protection Regulation, which is expected to take affect this year, would apply to non-European companies doing business in the EU. The existing privacy laws are unclear about whether or not they apply to non-European companies, so the new development certainly represents a step backward when it comes to finding new leads in the EU.

Because of these two reasons there are very few data vendors out there that specialize in European B2B lists. As demand increases, this may change, but it’s still an issue for companies looking to do business in the EU in the immediate future.

Turning to Sales Inside Inc. For European B2B Lists

Finding European B2B lists doesn’t actually have to be a challenge – Sales Inside Inc. can provide European B2B lists that are customized to your unique needs. Not only are we one of the few companies to offer B2B lists specifically for European leads, we also offer a greater reach than other data vendors, allowing us to turn up more new leads across the content. Our lists are also more accurate, so you get more return on your sales efforts. Contact us today to learn more.

Are you losing out on Install Base Marketing?

Looking to build a qualified marketing leads database? Here are the steps…

If you prefer to do it yourself, here are nine steps for…

This site uses Akismet to reduce spam. Learn how your comment data is processed.